Time is The Ultimate SEO Commodity

And what do Henry Ford and Thomas Saint have in common? In case you’re not aware of who Thomas Saint is, he is generally considered the inventor of the sewing machine.

Well, as the title might suggest, the answer to the riddle, “What is harmless but can kill?” is time. As to the connection between Henry Ford and Thomas Saint, time is also something which binds them.

More than a century ago, Henry Ford’s assembly line production brought automation to car manufacturing, and with it, the car war was a vehicle for the masses thanks to huge time efficiencies and massive increases in productivity. Now with the dawn of 3D printing, the assembly line is about to be transformed once again.

However, not to be outdone, it could be argued that the sewing machine has had an even bigger impact on the world and society.

Before sewing machines were invented, many middle-class women spent much of their time maintaining their family's clothing. Housewives, even with the aid of a hired seamstress, would devote several days of each month to this task.

It took an experienced seamstress at least 14 hours to make a dress shirt for a man, and a woman's dress took 10 hours. Sewing machines reduced the time for making a dress shirt down to one hour and 15 minutes, and the time to make a dress to an hour. This reduced labor resulted in women having a reduced role in household management, and allowed more hours for their own leisure and the ability to seek further employment, both of which were crucial in the process of gaining equal rights with men.

You’re probably wondering: “What does this all have to do with SEO?”

Well, as an SEO provider, we work with businesses and the exchange we have is between our client’s budget and our time, with the objective of improving performance. In SEO, time really is money, so how we use our time is critical. Therefore, the more efficient we can be, the more productive we can be. Furthermore, getting the strategy right, which is crucial to any success, can require the luxury of time.

Applying the logic of automation to SEO has huge potential impacts; below, you can find a range of areas where the potential for further automation lies.

Firstly, from a reporting perspective, automation can free up a lot of time and ensure flexibility. Rather than monthly reporting taking a day or two to complete, what if that could be done in a matter of minutes? And what if the person who typically creates that monthly report is on holiday and has to hand over that task to someone who doesn’t have the experience of creating it and might take even longer?

Throughout my career, Google Analytics has been ever-present. And, for a long time so was exporting all kinds of data to CSV files and then formatting it before importing it into a custom PowerPoint deck and eventually, after several hours, sending it off to the client. This is not an efficient process. Thankfully, there are tools such as Google Data Studio which have made the task of monthly reporting much more efficient.

Keyword ranking data is another vital piece of data which clients regularly want to see. There are plenty of different reporting options for this metric available to an SEO agency. Whether it’s Advanced Web Rankings, Search Metrics, Bright Edge, or SEMrush, keyword ranking reports can be automated.

Outside of just reporting, there are a range of ways certain SEO tactics can be automated.

Schema markup is an increasingly important element of SEO. It offers a great way for a website to further communicate with Google, and the better a site can communicate with Google, the better it can be understood and properly rewarded. Schema markup provides context about webpages to both users and search engines, and enables rich snippets, which are a valuable SEO asset for sites that can rank with them.

Writing JSON-LD code isn’t something that comes naturally to most people, but thanks to the great folks over at TechnicalSeo.com this task has become much easier, more scalable, and more efficient.

So, if you want to create schema markup for a website, breadcrumbs, person, organization, local business, article, product, event, recipe, or job posting, there is a tool out there for you to make this an easier task.

Keyword research is a task synonymous with SEO. I would love to know how many days of my life I have spent over the last ten years looking at average monthly search volume, competition, and CPC data.

Taking large keyword data sets and then organizing the data can be an inefficient process. It often requires significant manual input to ensure relevance and accuracy. However, this task is becoming more automated as artificial intelligence gets better. Currently, there isn’t really a stand out tool you can dump thousands of keywords into and have it organize them, create tags, and concatenates them.

Undeterred, some agencies, such as the one where I work — Found — are taking matters into their own hands. More marketers are looking to utilize supercomputers, like IBM’s Watson, which have APIs which allow us to leverage their capabilities. As machine learning grows and supercomputers become more accessible, this task is likely to become increasingly automated in the coming years.

The term “content is king” has been thrown around for as long as I can remember in SEO, which makes sense. Content is what users consume on the web, and we can’t get enough of it. It gets better, richer and more diverse every year. It really is a true pillar of SEO.

Therefore, conducting a content gap analysis will often be delivered as part of an SEO project, and for good reason. Whatever your goal may be —  finding those nuggets of opportunity to drive more traffic, increase engagement, build awareness — content will form part of that equation.

So, is a content gap analysis something that we can automate? The short answer is yes. The following tools all have this feature:

As to which is the best tool for the job? That is a whole other debate which is quite subjective. The point is, there are tools which are out there to help automate and make this an efficient task. But be prepared for a bit of human tinkering.

Site SEO audits are perhaps the holy grail of SEO automation. Imagine being able to enter a domain into some sort of tool, and out of it is spat all the technical issues and the recommended fixes.

Trouble is, websites are pretty unique. Each has its own fingerprint. However, what we can do, thanks to the amazing folks over at Screaming Frog, is use their software to crawl a site and identify a huge variety of issues. So at least half the challenge is kind of automated!

The other half I’m afraid may not ever be automated, and that is a good thing. Thanks to the incredible abilities of the human brain, or better yet  — a team of human brains with the right experience, tools, and determination — it is unlikely the remaining half will ever be fully-automated.

A day in SEO is a long time. Getting some of that time back allows us to use the human species’ strongest assets: our brains, our curiosity, our intellect, our thirst for knowledge, our teamwork, our creativity. These are the things that will enlighten and uncover new tactics, new strategies and new actions that will drive performance.

So, where possible try to automate without risking quality or accuracy. Find effective tools that are right for your organization. Wherever possible, ensure your team is getting the right experience. Always work together and most importantly, remember: time only goes forwards, so use it wisely. 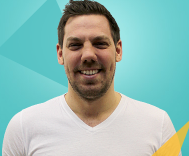 Greg is Senior SEO Strategist at Found, where he ensures the team is deploying the latest tactics for their clients, headed in the right direction with strategy, and fully integrated with other digital channels.